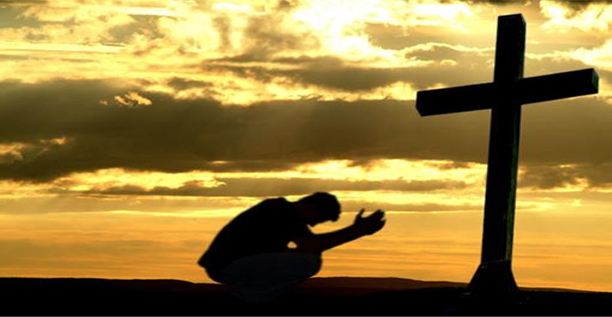 Many people believe that it is worship when we memorize the lyrics of a particular song and then sing in church, that is, to them, worship is singing. I have even seen a lot of people follow a general notion that worship songs are slow songs which are usually sung while raising one’s hands and closing one’s eyes. Some have even gone ahead to say that worship is the weekly trip we take to church every other week.

Worship is the raising of one’s HEART to God

Worship can be linked to what Father Abraham did in the 22nd chapter of Genesis. The word, “Worship” was first mentioned in the scripture in the 5th verse of Genesis 22. This affirms that there is a lot to learn in the life of Father Abraham as regards worship. It might interest you to know that he was called the Father of Faith because of his worship disposition to God. Let us take a brief look at Gen. 22 to see the constituents of worship; to know what makes the word “worship”, worship. We can begin with the first and second verses.

2. “Take with you your only son-yes, Isaac whom you love so much and go to the land of Moriah and sacrifice him there as a burnt offering upon one of the mountains which I’ll point out to you!”

Worship is giving God reverence and obeying Him

We can take a close look at the first verse to see that God was interested in knowing how much Abraham not only believed (in) Him but how much he is willing to obey Him. Abraham’s prompt response in the first verse shows “Reverence”. God was quick to make His request to Abraham. Though, He knew all Abraham went through before he finally had Isaac as his only son, yet God made a seemingly inconsiderate request by reminding Abraham that He knows he loves his only son so much but he would need to go somewhere in the mountains and sacrifice him where He (God) will show him!

This rather looks unfair; it was not just to sacrifice his only beloved son, but to wander in the mountains doing this perhaps for days and then wait for the next instruction as to where he would sacrifice him. I could not imagine such promptness Abraham gave when God told him this. Abraham had so much respect for the words of God that he would be willing to do anything for Him upon hearing Him. This introduces the first constituent of worship which is “Reverence”. You could ask yourself quickly, “What is my attitude towards God?” Let us take a look at the 3rd and 4th verses.

3. The next morning Abraham got up early, chopped wood for a fire upon the altar, saddled his donkey, and took with him his son Isaac and two young men who were his servants, and started off to the place where God had told him to go.

4. On the third day of the journey, Abraham saw the place in the distance.

This is not just Obedience but “Prompt Obedience”. You would have been so wrong thinking that you only raise your hands when you worship. Here tells us that worship is a lifestyle of prompt obedience to God’s commands and this is an example of a raised obedient heart to God. Abraham did not hesitate to carry out the command of the Lord. God never told him the length of days he would spend on the road; God had even not told him the exact location; He was all sold out in obedience to God. Worship is giving God reverence and obeying Him.

This is the point where we need to ask ourselves some tough questions like: Do I really worship God? After singing in church, how do I treat God and His words? Is my heart broken and contrite in obedience to God’s words? What have I been doing to what He says to me? The second constituent of worship is “Prompt Obedience”.

Finally, let us see what verse 5 has to tell us

5 “Stay here with the donkey,” Abraham told the young men, “and the lad and I will travel yonder and worship, and then come right back.”

Worship is sacrifice and faith in God

Look closely at this. Abraham told his servants after sighting Moriah from afar to wait with the donkey while he and his child, Isaac would travel there and do what? Did I hear you say, “Worship”? Amazingly and apparently, Abraham had a deeper understanding of what worship is. All the Greek and Hebrew words for worship all mean to esteem a personality so much that you fall down at his feet in reverence or stoop low in respect because that personality is worth more than anything to you. This is the concept of worship, which is the combination of two English words, “Worth” (to have value) and “Ship” (the quality of), and joined together, we have worship meaning, “the quality of having worth”.

So Abraham saw beyond songs and equated Sacrifice to Worship! This tells us that worship can be best explained by sacrifice. We’ve got to know that all other gods and even our own will have to be forgotten in the service of God. Worship is sacrifice. So, Abraham was simply saying, “God, you have so much worth to me that even my only beloved son means nothing to me already”. What a man! Such a man could die believing God, and Abraham did obviously! This exposes the third constituent of worship which is “Sacrifice”.

The latter part of verse 5 is the reason Abraham is called the Father of Faith till this very day. Watch this:

Then he said to the servants, “Stay here with the donkey. The boy and I will go over there and worship, AND THEN WE WILL COME BACK TO YOU.”

Didn’t God ask him to sacrifice the child? How then is it possible for both of them to return? FAITH! This is the 4th constituent of Worship

Abraham led the whole world on the Faith walk by equating sacrifice to worship and then trusting God completely that if He (God) had asked him to sacrifice his only son; He (God) will provide another. So, Abraham has taught us with his actions that worship is trusting God all the way, obeying Him absolutely, counting all dearly things as lost in obeying Him and reverence for His Word.

Let’s not err anymore, worship cuts across anything we do to show to God and to the world that God really has worth to us.